In order to use RunSignup, your browser must accept cookies. Otherwise, you will not be able to register for races or use other functionality of the website. However, your browser doesn't appear to allow cookies by default.

If you still see this message after clicking the link, then your browser settings are likely set to not allow cookies. Please try enabling cookies. You can find instructions at https://www.whatismybrowser.com/guides/how-to-enable-cookies/auto.

The story so far: In the beginning Ohio was created. This has made a lot of people very happy and been widely regarded as a great move!

But let's back track and add a timeline.

People have lived in the glorious land of what we now call Ohio for thousands of years. The early cultures were what we now call the Mound Building cultures such as the Hopewell and the Adena peoples. These peoples disappeared around 1000 AD and were replaced by new cultures including the Fort Ancient people and the Whittlesey. The mound builders were kind enough to leave us sweet mounds throughout the state, like the most famous of them all, Serpent Mound! 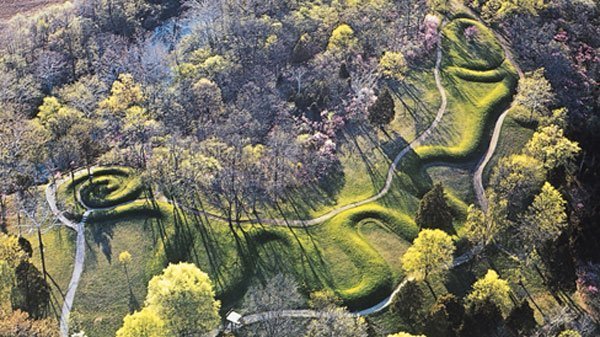 Behold Serpent Mound in all its beauty!

Fast forward a few hundred more years and hit pause around the 1600s to the time when the Iroquois Indians moved into the area to hunt beavers for their fur (Ohio Beavers have great fur apparently). Existing tribes moved away and then due to disease from Europeans the Iroquis were largely wiped out giving way to tribes from the east such as the Delaware, Shawnee, and the Miami whose namesakes still appear through Ohio, especially in the southwest.

Late in the 1600s the first European arrived in Ohio, he was a Frenchman named Robert de La Salle and he claimed the entire region for the French disregarding the fact that people had been there for thousands of years. The French setup a few outposts and capitalized on those valuable beaver furs we discussed earlier.

It wasn't long (read 1700s) before the British showed up and also wanted in on that sweet Beaver Fur trade and we all know what happened (well some of us don't), the French and Indian War. France and Britain went to war from 1754 through 1763 with various Native American tribes allying with both sides. In fact, George Washington fought on the side of the Brits in Ohio at the Battle of Fort Necessity which is probably why the British ultimately won and took over the great land of Ohio beginning in 1763.

A couple years later the colonists got upset, threw some tea in the ocean, Paul Revere made his famous ride, and George Washington became our first president at which point the land that is now Ohio became part of the United States. In 1787 the United States created the Northwest Territory which included land that comprised numerous future states such as Ohio, Illinois, Indiana, Michigan, Wisconsin, and part of Minnesota.

Around 1788, General Putnam led a group of settlers to Ohio and established Marietta as the first permanent settlement. More people kept moving to this incredible parcel of land and eventually in 1803 Ohio was admitted into the Union as the 17th state. The first capital was in Chillicothe but that didn't last but a hot minute and In 1816 Columbus became the permanent capital which it remains so today over 200 years later.

The next hundred years the state was the place of numerous battles in various wars. The first of such was a rebellion led by Shawnee chief Tecumseh who felt the land had been taken unfairly from his people (fair point). After the defeat of the Shawnee the U.S. began the War of 1812 with the British of which various battles took place in Ohio.

Fast forward half a century to the Civil War and Ohio fought on the side of the Union (also know as the winning side, Ohio is for winners). Ohio was a "free state" that had outlawed slavery. Many slaves attempted to reach Ohio as it was part of the Underground Railroad. While few Civil War battles took place in Ohio, thousands of brave Ohoians fought for the Union and some of the best Generals of the era came from this state including Ulysses S. Grant and William Tecumseh Sherman! Ever wondered why our NHL team is called the Columbus Blue Jackets and why they fire a Civil War Cannon every time they score (which is often), now you know! 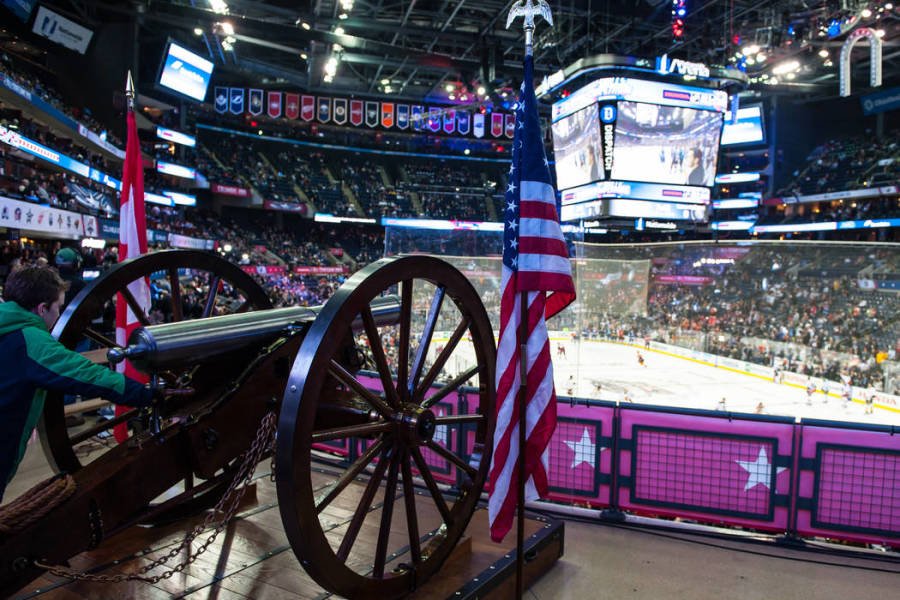 Hell of a cannon if you ask us!

Ohio is the birthplace to seven U.S. Presidents which is 2nd only to Virginia (they had a head start). The presidents born in Ohio include James Garfield, Ulysses S. Grant, Warren G. Harding, Benjamin Harrison, Rutherford B. Hayes, William McKinley, and William Howard Taft.

Ohio also churns out Astronauts like no other! No city has produced more Astronauts than Cleveland and Ohio has produced 24 astronauts in total! That means 7% of all Americans to slip through the sky and into the great unknown were from Ohio!

Here's the quick rundown of Ohio for you!

1000 - Mound Builder cultures dominate the region
1600 - Iroquois move into the region for those world class Beaver furs
1669 - French explorer Robert de La Salle explores the Ohio River claiming the land for the French.
1763 - The British take over after the French and Indian War.
1783 - The United States takes control after the Revolutionary War.
1787 - Ohio becomes part of the newly created Northwest Territory.
1788 - The first permanent settlement is established in Marietta.
1794 - The Battle of Fallen Timbers is fought between a Confederacy of Native Americans in Ohio and the United States.
1803 - Ohio becomes the 17th state.
1812 - The War of 1812 is fought against the British and their Native American allies.
1816 - Columbus becomes the capital.
1837 - The Proctor & Gamble Company is established in Cincinnati.
1898 - The Goodyear Tire and Rubber Company is established in Akron.
1903 - The Wright Brothers invent the world's first practical airplane at Huffman Prairie in Dayton, Ohio
1955 - The Ohio Turnpike opens.
1995 - The Rock 'n Roll Hall of Fame museum opens in Cleveland.
2020 - The first Buckeye State Challenge happens - literally nothing else happened in 2020, completely forgettable year.
2021 - Enter you and the 2nd Buckeye State Challenge 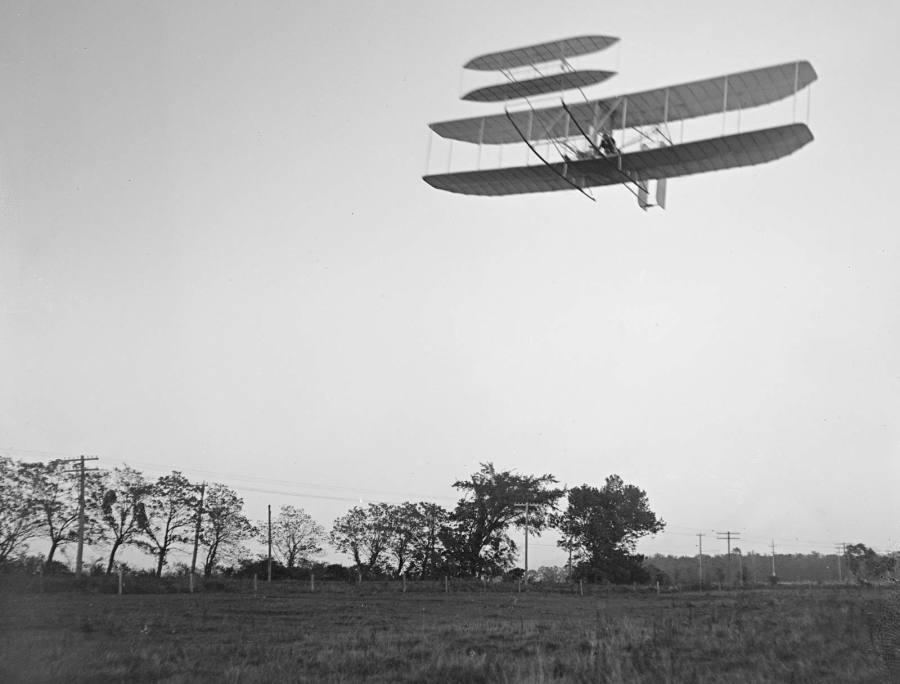 The Wright Brothers fly over Huffman Prairie in 1905

If you continue to use this site, you consent to use all cookies.